Things can be had in a lot of ways. One could make said thing, or, trade for it, or something nefarious. We all need things sometimes and if we can’t make do, or create from our pile, or whatever, then we have to buy it. That’s a lot of stuff outside of your control right there, that’s what buying is – buying is a trust thing for reasons, one of them being that dollar you saved was hard to get, and keep; that dollar is like TV, horrible, but, ‘… we fuckin’ need it!’. Buying is trust, once you grok that, there’s a wisdom that you can really use every day.

Week later, maybe, maybe it’s next month, or, tomorrow. I’ve decided, sure enough – I need new shoes. Cool. What kind? Can I get a shoe for many ‘purposes’? Do I need sneakers or maybe a walking shoe? Are they for work? What’s my situation there, with all the shit I build, and the goo…Will they be my ‘shoes’? Am I deciding again, that, yeah, I need my new ‘shoe’, shoes make the man. I need to know, so I let that ride for a while, too. So low key I don’t even know I’m doing it, but, I am – I’m agreeing with my assessment that I need new shoes – now, I’m looking for that shoe to fit the bill. Right – I decide: sneakers for work because problem solved. That’s the shoe I need.

What kind of sneaker – definitely running shoes. I walk 3 miles or more a day when I’m not in one spot doing a thing, or, I’m at my bench, or climbing or something. I need a lightweight comfortable shoe with a bit of leather or something on the toe for better than nylon toe protection, I need to be able to bounce around with at least some ankle support – I know the sole I want from research and livin’, I know the materials in the field I can get, the where’s and who’s of manufacturing (enough), and a history of shoe buying going back to 1979. It’s maybe a week after I started to decide that I do need new shoes. Which, took a month.

Cool. Who makes them? That’s next. I gotta figure out what I will tolerate, what ‘they’ offer, what people say and do about it, common sense (actually, this one carries a lot more weight than most other variables, and, you know: physics!), how much I want to spend to achieve X for X purpose. I’ll let myself go on this one until I figure it out. It might take an hour or another month, I don’t care at all – I am in no hurry at all because I still have so many pairs of shoes. Pfft, why would I wait until I had none?

People say – dude, WTF?!?!?! Just buy some shoes! I don’t even laugh any more – I think you’re an idiot. The thing is: every second’s different – for fuk’s sake, one is almost a million. If you don’t know these things than I can’t help you, but when you do, you can see that I might learn a new thing in my discovery of buying a new pair of shoes. I might learn through my slow and laid-back decision making process that I didn’t consider a thing that is important, because I didn’t know that it was important, or even a thing. I might have missed that and got the wrong shoe. I might have missed an opportunity to make the whole process easier. Who would do that on purpose?

It’s not like it’s tedious at all, either. I just throw stuff at my subconscious and it gives me an answer in its own time in a feng shui way that is nary a blip on my stress radar – ever. So, you can see that it’s important to consider which sneaker manufacturer I buy my new shoes from. I might go with Nike, maybe not this time or for another 27 years….who knows? I don’t yet, that’s for sure. I won’t ’til I do.

I decide the manufacturer and then it’s time to figure out where to buy them. I know the shoe I want: make, model, and friggen serial number. It’s the shoe for me – well, it’s the shoe that I will focus on buying. The shoe may feel like ass in the store. I may see a manufacturing result that I don’t like – who knows – I have only seen pictures and whatnot, I might have to start all over again and revisit manufacturer selection. I don’t know. And I won’t until I go check them out. And I do, because I figured out where I’ll buy them. Ish.

Took me months to decide upon which car I would buy when I decided that I needed a new one, but, when I went out looking, I bought one on-the-spot (after I drove it) after seeing it in the corner of my eye as I was on my way back home. Opportunity.

People say just buy the friggen thing and they don’t see many of the ways that they suffer needlessly (and cause others to suffer) throughout life, for this attitude. Laaaand sakes, get a grip and move better. Heh. You know, or not, choose….

In my process cost is a factor but weighed against other factors in every case. Often, cost isn’t near first or last and sort of travels throughout the process as a variable until it jives with everything else. Sometimes it’s the deciding factor, but, those are very rare occasions, indeed. 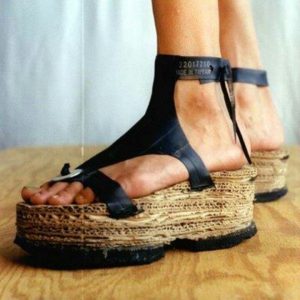 As a matter of fact, right now, I need 2 things: tires and sneakers (remember what your dad would say about things that go between you and the ground). I have decided that I do need both, heh, and it didn’t even hurt. I have even decided upon which shoe and tire so – BAM! It took, so far, as long as it took, now, I just gotta go buy them; I have decided where for the tires but have failed to ‘touch’ the shoes yet. Sometimes you gotta settle for reality and go with an impulsive decision, it’s true, but, it doesn’t have to hurt – you ain’t starting from nothing if you’ve a good base – and that good base is the cumulatitive experience and wisdom in how you decide upon things – then you’re already 85% there and it’s not so impulsive, is it?